Italy’s internet will turn 36 years old on 29th April 2022. As of 2020, 88% of households had access to the internet. This was an increase of 3% in comparison to the previous year. The overall share of households with internet access was 3% lower than the average of the […] 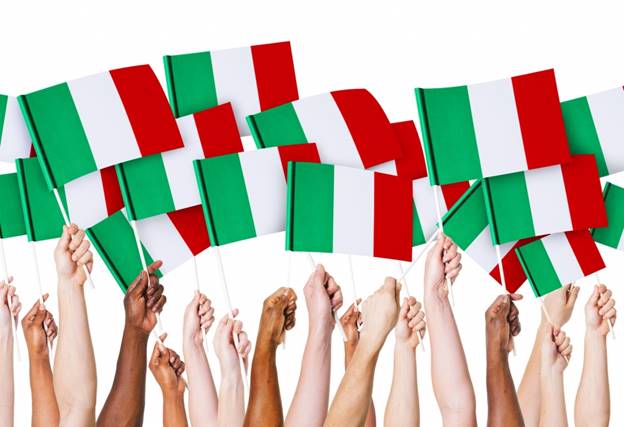 As of 2020, 88% of households had access to the internet. This was an increase of 3% in comparison to the previous year.

The overall share of households with internet access was 3% lower than the average of the European Union.

Why good internet is essential.

The quality of the internet is something that affects almost every aspect of Italian life.

The quality of the net is a factor to consider if you are interested in purchasing Italian real estate assets.

The faster and more reliable the Internet service is, the higher the demand for such real estate properties.

Italy has mobile telephone services that have for a long time been providing internet services to Italians.

To make a good choice when deciding what provider to go for I would always recommend that you read honest and reliable Italian reviews.

If you happen to be looking for one, you may read reviews about Ho Mobile.

Internet connectivity in Italy is relatively affordable with its leading internet provider Telcom Italian (TIM) being the most commonly used.

However, Italy continues to lag behind some of its European Union peers when it comes to overall connectivity.

It was ranked fourth from the bottom in the European commission’s latex index of digital competitiveness, beating only Bulgaria, Greece, and Romania.

Many attempts to improve the quality of the internet in Italy have been made.

In September 2020, the government announced the creation of Accessco, a new entity responsible for the management of broadband infrastructure in Italy.

Through Accessco, they seek to establish a single high-speed broadband network in the country.

The proposed merger between TIM and Open Fiber

The national network has typically been concerned as a merger between incumbent operator TIMs fibre business and its fixed-line rival Open Fiber, but these negotiations hit a dead end.

This is because, at the time, TIM said it would only agree to a merger if it would retain a controlling stake in the newly created business, something that the government then under Giuseppe Conte would not concede.

Fast forward to the start of 2022, the CDP, investors in both TIM and Open Fiber is once again voicing its support for the creation of a single national network.

This single network will be needed to maximize the value of European recovery funds.

TIM’s internal overhaul has caused a suspension of the discussions between Open Fiber, TIM, and the government surrounding the single network.

In related news, the Italian broadband market continues to grow even more competitive, with the end of 2021 seeing broadband operators Tiscali and Linkem agree to merge.

This move will create Italia’s fifth-largest fixed-line operator, with about 1.2 million retail customers.

The deal is expected to finalize during the first half of 2022.

The government wants every Italian to have access to super-fast internet by 2026.

The internet quality in 2022 is still going through major challenges.

The issue of the digital divide is still something the government is trying to sort out.

Some parts of Italy have low access to the internet.

Part of the challenge is to transform places like Colle di Tora, which are not so much cut off from the modern world, as a little behind. Colle di Tora is a little town.

Fortunately, Colle di Tora is on the government list of 200 municipalities embarked for the publicly-subsidized rollout of fibre-optic broadband.

How reliable is the net?

Nearly a quarter of Italians do not use the internet, and a third of households have no fixed connection, this is according to figures released by the national statistics agency.

Bad weather can disrupt the signal and is also a problem for mobile phone reception and streaming TV services.

The poor connection has been a big problem since the beginning of the pandemic.

This has forced people to stay in their houses for months.

The school kids are struggling with online classes and submitting assignments. This is due to a low network.

If you want to move to Italy you should also know that there are numerous public hotspots for internet access all over Italy.

This public wifi is accessible mostly in the main cities.

This is in bars, cafes, as well as restaurants.

But in Italy, as in many other European countries, you won’t be able to get the wifi code unless you order something to drink or eat.

Sun Feb 6 , 2022
Digital marketing is a very big industry, and it has continued to grow over the years because of the increasing demand for products and services that are offered online. In order to establish a digital business such as a Spanish streaming TV, you need the services of some companies to […]