FRANKFORT, Ky. Kentucky will pump $8 million into a statewide effort to supply internet access to children in low-income homes as schools open with digital learning because of the coronavirus, Gov. Andy Beshear’s administration said Tuesday. The investment — drawn from federal COVID-19 relief aid sent to Kentucky — is […]

Kentucky will pump $8 million into a statewide effort to supply internet access to children in low-income homes as schools open with digital learning because of the coronavirus, Gov. Andy Beshear’s administration said Tuesday.

The investment — drawn from federal COVID-19 relief aid sent to Kentucky — is meant to close the “digital divide” that leaves some children in rural and urban areas without broadband access at home, Lt. Gov. Jacqueline Coleman said. The initiative will help reduce the monthly cost for low-income parents to gain access to the internet for their school-age children, Coleman said.

About 32,000 Kentucky children lack internet access at home, she said.

“We have to do better by that remaining 5% of students that still do not have access to broadband in their homes,” Coleman told reporters.

Beshear recently urged Kentucky’s K-12 schools to wait until Sept. 28 to restart in-person classes to give more time to bring a recent surge in coronavirus cases under control. That means districts heeding his advice are starting the school year by relying on virtual learning.

The broadband-access initiative was announced on a day when nearly 700 more coronavirus cases were reported statewide, along with 10 more virus-related deaths.

Under the “last mile” broadband plan, internet service providers will signal whether they can supply internet access to low-income students who currently lack it at home. The program will identify providers that can supply high-speed internet services for all K-12 students in low-income homes at no more than $10 per month for the next two to three years, Coleman said.

The goal is to identify participating providers by Sept. 15, she said. Those providers will receive a reimbursement. Beshear predicted a high participation rate among providers.

“Our goal on the internet access is to get it as quickly as possible to every family that needs it,” the governor said.

Low-income homes with students currently lacking internet access will be eligible to have the full $10-per-month cost paid through the next school year, Coleman said.

The “last mile” internet service can include wireless options such as hotspots connected to a student’s cellphone, satellites and fixed wireless capabilities. It also can include wired options like traditional services from a cable, telephone or utility company.

Meanwhile, Beshear signed an executive order for the early release of more prisoners in a preventive step to control the coronavirus. Some prisons have been hard hit by the pandemic.

The Democratic governor also indicated his administration is crafting a new plan for child-care centers to operate amid COVID-19. He said the revised standards will be released soon.

Beshear’s comments came soon after some Republican state senators criticized some of Beshear’s child-care rules as overly restrictive, warning that many centers won’t be able to stay open.

The Republican lawmakers were especially critical of the rule limiting classes to no more than 10 children in child-care centers.

“We can’t continue the way we’re going,” Sen. Danny Carroll of Paducah said at a news conference before Beshear’s briefing. “The numbers are very clear that we simply aren’t going to have enough providers to get our economy back on track.”

In another announcement, J. Michael Brown, secretary of Beshear’s executive Cabinet, said that 646 inmates are being included in the latest round of commutations.

The inmates — imprisoned for non-violent, non-sexual offenses — were identified as either medically vulnerable to COVID-19 or were months away from completing their sentences.

Earlier this year, Beshear commuted the sentences of about 1,200 inmates to lessen the spread of the coronavirus in prisons and jails.

Also on Tuesday, Beshear announced 688 new coronavirus cases across Kentucky, raising the total number of cases to at least 44,568 since the pandemic began. The 10 additional virus-related deaths increased the statewide death toll to 895.

Kentucky’s positivity rate — a rolling figure reflecting the average number of tests coming back positive for COVID-19 — edged back above 5%.

For most people, the new coronavirus causes mild or moderate symptoms, such as fever and cough that clear up in two to three weeks. For some — especially older adults and people with existing health problems — it can cause more severe illness and be fatal.

Thu Aug 27 , 2020
By Leslie Moreno, WRAL multimedia journalist Due to a national shortage of Chromebooks, several students in North Carolina school districts are still waiting on their devices. Classes began virtually in many districts on August 17 in North Carolina, despite this technology shortage. “Not being able to attend school for the […] 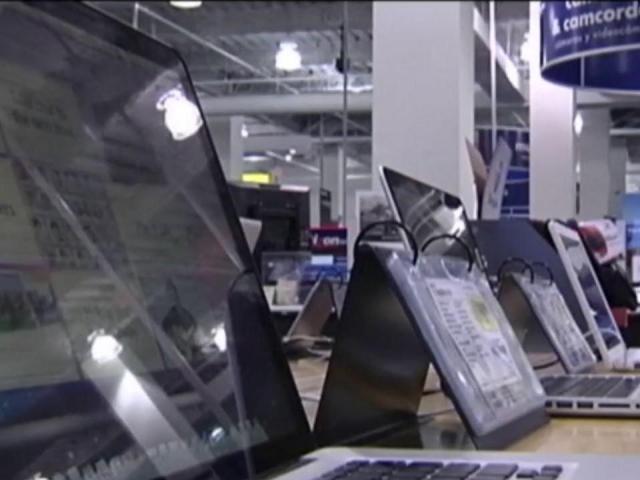