Mon May 4 , 2020
Earlier this month, Xiaomi expanded its smart home portfolio in India with the launch of a robotic floor vacuum cleaner. The device is called as Mi Robot Vacuum Mop-P. It was originally launched in China as a smart robot vacuum… Last month, the government of India had hiked the rate […] 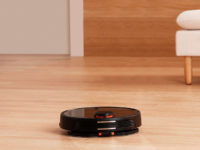