BTS’ Jungkook recently caused a sensation on social media as the singer posted on Instagram after a month and a half. As soon as his post hit the platform, ARMY went into a state of frenzy and flooded the internet with the hashtag – ‘Jungkook came home’, overwhelmed as well […]

BTS’ Jungkook recently caused a sensation on social media as the singer posted on Instagram after a month and a half. As soon as his post hit the platform, ARMY went into a state of frenzy and flooded the internet with the hashtag – ‘Jungkook came home’, overwhelmed as well as happy with the idol’s comeback on Instagram.

This is not a drill! Jungkook has finally appeared on Instagram! Having made his presence previously in J-Hope’s Instagram post where he praised the idol for his dynamic Lollapalooza performance, fans eagerly waited for the Euphoria singer to bless them with a post of his own.

Well, wishes have now been fulfilled as Jungkook finally broke his Insta- hiatus to update his feed with a still from his recent camping vlog.

BTS’ Jungkook seen chilling out in shorts worth Rs 16,000 on his latest Vlog

Words aren’t enough to describe the happiness one feels after seeing Jungkook’s post and ARMY would definitely agree with it. As soon as his post hit the internet, fans started trending ‘Jungkook Came Home’ on Twitter and it isn’t stopping any time soon!

Jungkook came home, the sky is clear, the birds are chirping, the grass is greener, the air is crisp, EVERYTHING IS SO MUCH BETTER NOW undefined

Pretty Jungkook came home! I survived the drought! 😭😭😭 We miss you so much Jungkook! 🫶 t.co/mrMEeE4b3p

On August 7, Jungkook presented his very own camping vlog where he took fans on a calming trip and indulged in a lot of activities, including talking about his fan song, My You, and his guide version of the band’s latest track, Run BTS.

Music is a necessary component of every BTS vlog so the maknae played songs such as Ha Sung Woon’s and fellow member Jimin’s With You. He also performed his own version of That That by PSY and Suga while letting the ARMY know how much he missed his teammates.

Fans were in for a visual treat in the form of good food and beautiful scenery, not to forget Jungkook himself, who looked absolutely adorable in his casual attire and provided the best experience for his fans as if taking them along with him for camping.

Meanwhile, on the work front, Jungkook recently collaborated with American singer Charlie Puth for Left and Right. The peppy song won the hearts of the fans while also creating records on several charts across the globe. The track hit the top spot on iTunes charts in over 95 countries and made its presence in the UK’s Official Charts as well. In terms of his solo work post-hiatus, the BTS singer is working on a project and we might hear something about it soon!

Mon Aug 15 , 2022
A security researcher has warned that because Starlink satellites are widespread, they are at risk of hardware hackers. Lennert Wouters explained on Blackhat.com that he performed the first black-box hardware security evaluation of the SpaceX Starlink UT, which uses a custom quad-core Cortex-A53 System-on-Chip (SoC) that runs a verified boot […] 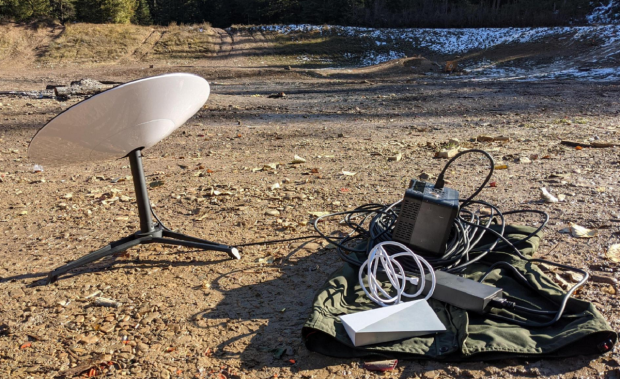