Heavy rains and floods on Friday caused internet outages in Pakistan’s central and northern parts of the country.


PTCL is the main provider of internet bandwidth in central and northern Pakistan and millions rely on the service for internet connectivity.


“Due to heavy rains and floods, PTCL’s optical fiber network is experiencing some technical faults. As a result, PTCL users in Northern and Central regions are facing Internet outage. Our teams are working to restore the services on priority,” tweeted PTCL.


The Pakistan Telecommunication Authority (PTA) also confirmed the development and added that issues were reported in data networks between “South and North” which had caused internet connectivity issues, reported The Express Tribune.


“As reported by PTCL, issue has been reported in data networks between South and North which is causing internet connectivity issues. This issue is being investigated. PTA is monitoring the situation and further updates will be shared,” tweeted PTA.


Internet users in Karachi also complained of connectivity issues on social media. Internet service providers, in their reply, said they have received an update from one of the upstream providers “regarding an outage on long haul due to flooding caused by server weather conditions”.


The Pakistani Meteorological Department (PMD) forecasted “above-normal” rainfall in most parts of the country in August, warning that heavy downpours could trigger flash flooding in hilly areas of eastern Punjab and northwestern Khyber Pakhtunkhwa (KP), reported The Express Tribune.


In its outlook for August, the PMD also warned of urban flooding in plain areas such as major cities of Sindh, Punjab and KP. “Due to extreme hydro-meteorological events over catchments, riverine floods cannot be ruled out,” it added.


Amidst the ongoing devastation and wreckage caused by heavy rains and floods in different parts of Pakistan, the Federal Ministry for Climate Change in Pakistan has warned of more rains in the coming weeks as the federal cabinet declared a “monsoon emergency” in the country.


At least 549 people have died in Pakistan in the past month as a result of flash floods brought on by unusually strong monsoon rains, with rural areas in the province of Balochistan among the worst affected, reported The Express Tribune.


Aside from the fatalities, the flooding had damaged more than 46,200 houses, the National Disaster Management Authority (NDMA) of Pakistan said.


According to the NDMA, the past month saw 133 per cent more rain than the 30-year average, making it the wettest in three decades.

(Only the headline and picture of this report may have been reworked by the Business Standard staff; the rest of the content is auto-generated from a syndicated feed.)

Business Standard has always strived hard to provide up-to-date information and commentary on developments that are of interest to you and have wider political and economic implications for the country and the world. Your encouragement and constant feedback on how to improve our offering have only made our resolve and commitment to these ideals stronger. Even during these difficult times arising out of Covid-19, we continue to remain committed to keeping you informed and updated with credible news, authoritative views and incisive commentary on topical issues of relevance.

We, however, have a request.

As we battle the economic impact of the pandemic, we need your support even more, so that we can continue to offer you more quality content. Our subscription model has seen an encouraging response from many of you, who have subscribed to our online content. More subscription to our online content can only help us achieve the goals of offering you even better and more relevant content. We believe in free, fair and credible journalism. Your support through more subscriptions can help us practise the journalism to which we are committed.

Sat Aug 20 , 2022
article Image shows the Apple iOS 15.6.1 update on an iPhone screen. (FOX TV Stations) Apple released a new software update on Wednesday that should safeguard two security vulnerabilities that impacted every iPhone and iPad model capable of running iOS 15.  The first issue involved the potential for an application […] 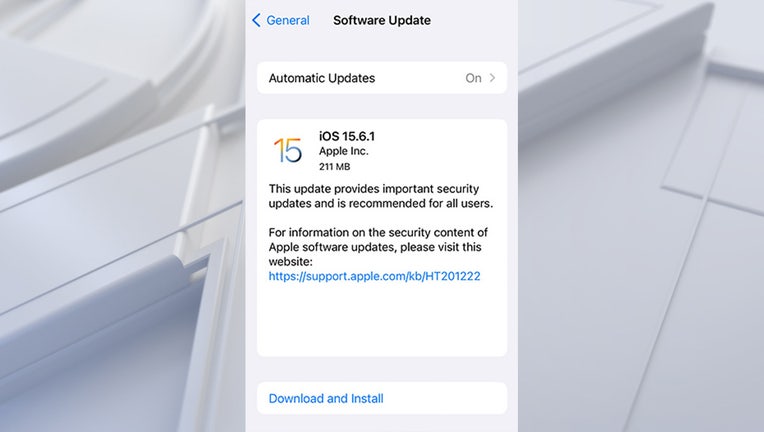