History of Computers – Long, Long Ago

Modern Computers are electronic, complex, and interactive, but can be reduced
to simple input-output processing devices

Over the past 50 years, the Electronic Computer has evolved
rapidly.

How Electronic Computers Have Progressed


*Early UNIVACs had vacuum tubes, middle models had transistors,
and by the end they used integrated circuits


Whats next for computers?

Sat Apr 25 , 2020
OK, amigos, it’s time to pony up those pesos because the granddaddy of Horror Western RPGs, Deadlands: the Weird West, is BACK with an ALL-NEW edition now LIVE on Kickstarter! This new edition is the biggest revamp of the game’s background and rules since “Reloaded” from 2005. It’s been revised, […] 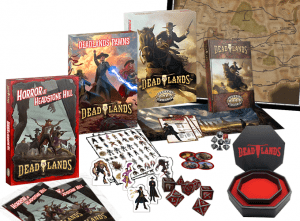