The two bright-eyed second graders huddled together looking at a laptop during music class in their makeshift remote classroom at the Boys and Girls Club in Paulsboro. © JESSICA GRIFFIN/The Philadelphia Inquirer/TNS Josciah engaged in a Zoom session with his music class at the Paulsboro Boys & Girls Club in […]

The two bright-eyed second graders huddled together looking at a laptop during music class in their makeshift remote classroom at the Boys and Girls Club in Paulsboro.

© JESSICA GRIFFIN/The Philadelphia Inquirer/TNS
Josciah engaged in a Zoom session with his music class at the Paulsboro Boys & Girls Club in Paulsboro, NJ, on Oct., 2020. In Paulsboro, about 25 students come to the Boys and Girls center from 8 am. to 5 p.m. to do their school work remotely.


The girls, Ocean and Laila, 7, happily shared the device for hours during the school day because the district cannot provide enough computers for every student, a scenario playing out across the country as families struggle to educate their children without access to online programs and technology for remote learning.

“This is a huge challenge,” said Patti Withington, executive director of the Boys & Girls Club of Gloucester County, which operates locations in Paulsboro and Glassboro. “They’re doing the best they can under the constraints.”

The educational digital divide grew during the pandemic after schools suddenly closed and households could not easily shift to online. Experts say the inequities widen the achievement gap between low-income school districts and their more affluent counterparts.


Some wealthier districts have been able to easily provide a device for each child who needs one, while economically disadvantaged districts like Paulsboro are struggling to meet the need. At least 100 students in the Gloucester County school lack devices to connect with their classrooms.

The district, which provides remote only instruction for now, has 1,200 Chromebooks, one for every student, on back-order, but they’re not expected to arrive until March. Where does that leave students?

“I hate to say it, but it leaves them without,” said newly appointed Superintendent Roy J. Dawson III. The district was unprepared for the unprecedented shift to virtual instruction last spring, he said. Students are using cell phones, sharing devices, using public facilities, or completing packets to keep up with their assignments, he said.

Gov. Phil Murphy estimated at the beginning of the school year that at least 230,000 public school students, roughly one-fifth of the state’s enrollment, were without devices or internet access. Many struggling families either cannot afford devices or online service fees and libraries and traditional public access spots have not fully reopened.

Free internet coming for 35,000 Philly families: city, schools, Comcast to spend $17M on digital equity planIn Philadelphia, a $17 million program known as “PHLConnectED” seeks to connect 35,000 low-income families to the internet, either via Comcast Internet Essentials or mobile hot spots, for families whose housing is insecure. The Philadelphia School District is offering Chromebooks to its 120,000 students, as are most charter schools in the city.

© JESSICA GRIFFIN/The Philadelphia Inquirer/TNS
(Left to Right) Dymere, seated with headphones, receives help from lead teacher Rhakiya Hall, as Ocean pulls up a chair to do her schoolwork and Laila, front right, engages in a Zoom session with her music class at the Paulsboro Boys & Girls Club in Paulsboro, NJ, on Oct, 2, 2020. In Paulsboro, about 25 students come to the Boys and Girls center from 8 a.m. to 5 p.m. to do their school work remotely. About 10 or so dont have Chromebooks so they share devices to attend classes and work independently.


Still, the city estimates that 18,000 families remain unconnected. Politicians, activists, students, and teachers from Philadelphia and other cities have called on Comcast and other internet service providers to do more to connect students. They say students are struggling with slow internet speeds that make it difficult for several users in a household to get online at the same time.

In 2019, only 45% of city students in grades three through five accessed the internet from a home computer compared with 56% in grades six through eight and 58% for high school students, according to district survey data.

In Camden, Jordan Hawkins, 17, a senior at Charles Brimm Medical Arts High School, said she has not received a district laptop so she mostly uses her cellphone to log in to class via Zoom.

The eldest of five, Hawkins said she helps her siblings with their classwork in the same room, where it can get noisy. Her biggest challenge is trying to get on camera so her teachers will see her and mark her present.

“Most of the time it doesn’t work,” said Hawkins, an aspiring orthopedic surgeon. “I’m drowning in work.”

Karen Borrelli, a health teacher at Brimm, said at least three freshmen have not logged in virtually to her class this year because they don’t have a Chromebook. One student tried to use a cellphone, but could not access needed applications, while other students reported broken or malfunctioning devices, she said.

“I don’t hold anything against them. But they’re going to be behind,” said Borrelli.

Until then, McCombs said teachers have been instructed to give students alternative assignments, “which is not ideal but where we find ourselves.” Students are not expected to return to school until February.

“There is a major digital divide in the community,” said Camden activist and school board candidate Je’Nell McRae, a graphics arts teacher at the Camden County Vocational School. “Some of our children are just going to fail.”

Pennsauken High School cosmetology teacher Jibril Smitherman wants to make sure students have internet access. So, he partnered with the nonprofit New Soles Inc. and helped launch a “No Child Left Off-line” campaign after several students fell behind because they did not have internet access when schools were shuttered last spring.

This school year, the campaign has raised $6,000 to pay for internet service to low-come families through Comcast Internet Essentials program.About 67% of the school’s nearly 1,300 students are eligible for free or reduced lunch.

About 20 of Smitherman’s students have signed up and other teachers have asked for help for their students, he said. The program was recently expanded to all of Camden County.

“I’m not sure how many don’t have access,” said Smitherman, 44, a father of three school-age children and barbershop owner. “One is too many.”

Chassidy King, a second-year marketing and business teacher at Chester-Upland High School said her students have Chromebooks provided by the district, but many are having trouble with remote learning. Some are unable to get online using free hot spots provided by the district because of a spotty internet connection, she said. Only five of the 13 freshmen in her introductory technology class have logged in, she said.

“Online learning is hard for them. They don’t want to do it,” said King.

At the Boys & Girls Club in Paulsboro, the staff has learned to improvise to help the 10 or so students who typically show up without devices. About 25 students in grades kindergarten through third attend virtual school in three classrooms.

One computer lab has 10 computers, but only seven work and only two have webcams for online learning, said Michelle LaRue, the center’s director. In the basement lab, only half of the 10 computers work, she said. There are similar computer shortages at the Glassboro location, Withington said.

On a recent afternoon, Laila and Ocean sat at a table with four other students, all wearing masks. The others wore headsets but the girls could not because their device didn’t have dual jacks. Music blared from the speakers as they danced and sang along to holiday jingles.

When there’s a device shortage, students in the same class share devices or use a parent’s cellphone. Siblings like Eli, a first-grader, and big brother Ezekial, a second-grader, alternate days that they use a district-issued Chromebook. Because of the shortage, the district handed out one device per family.

For more information about the No Child Left Off-line program, contact Jane Donohue at [email protected] or 856-723-6493

Visit The Philadelphia Inquirer at www.inquirer.com 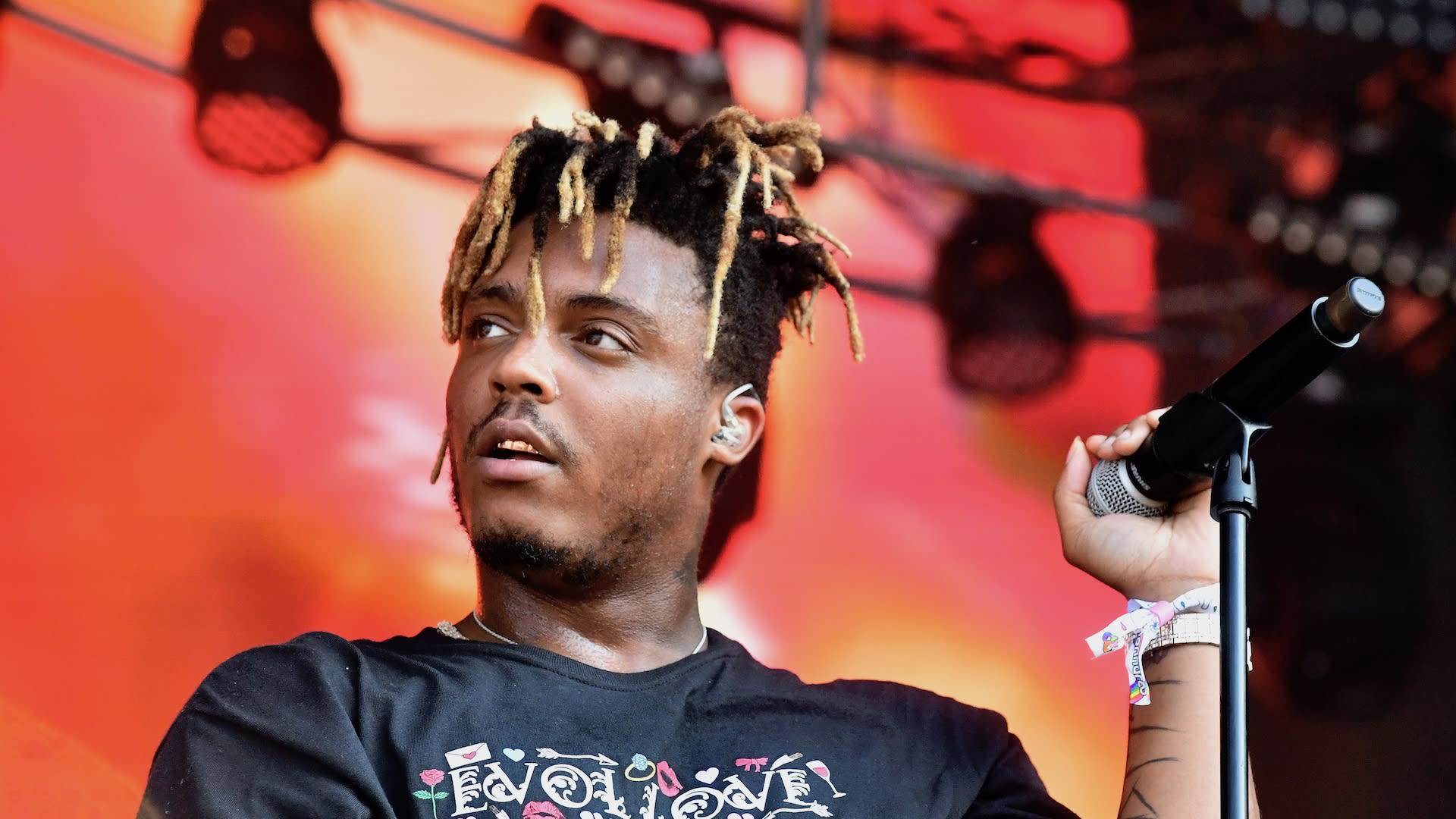