To update your Mac, open the System Preferences app or the “About This Mac” menu. If your Mac is still running macOS High Sierra or earlier, you’ll need to go through the App Store to update it. You should update your Mac whenever you can, as every update comes with new […]

In many ways, Macs are built for convenience: They have backlit keyboards, there’s a variety of ways to take and save screenshots, and they come with a wide assortment of shortcuts that can speed up your work.

But like all devices, they also require updates from time to time. And although updates can be annoying and time-consuming — Who hasn’t put off an update until the very last moment? — they’re also incredibly important.

An outdated Mac is more susceptible to bugs, crashes, and even viruses (yes, Macs can get them too). And if you leave updates waiting for too long, your favorite apps might stop working altogether.

In October 2021, Apple released macOS Monterey, the latest version of its famous operating system. And if you’re currently working on a Mac, now is a good time to update your computer.

How to update your Mac

There are two major ways to update your Mac, and which one you use will depend on what macOS version you’re currently running.

Important: Before you update your Mac, it’s a good idea to back up your computer to ensure no data is lost in the process. You’ll also need to be connected to the internet.

Also keep in mind that depending on how big the updates are, how fast your computer is, and how fast your internet is, the updates could take anywhere from a few minutes to a few hours to download and install.

How to update a Mac running macOS Mojave or later

If you’ve bought or updated your Mac since 2018, chances are that you’re in this category.

1. In the top-right corner of your screen, click the Apple icon to open a drop-down menu.

2. There are two menus here that you can use to check for updates. Click either System Preferences or About This Mac.

3. No matter which one you pick, in the menu that opens, click Software Update.

4. Wait a few moments for your Mac to connect to the internet and check for updates. If an update is available, you’ll be shown what it’s called — just click Update Now or Upgrade Now to install it.

You can also choose to enable automatic updates from this screen by checking the Automatically keep my Mac up to date box. This will ensure that whenever a new update is available, you’ll be told without having to open this screen.

How to update a Mac running macOS High Sierra or earlier

High Sierra was released in late 2017. If you haven’t updated since then, you should be sure to update as soon as you can to keep your computer safe.

1. Click the Apple icon in the top-left corner of your screen.

3. Click Updates in the left sidebar of the App Store.

From the above screen, you’ll be given the option to update your Mac. Any Mac computer released in 2012 or later should be able to update to at least macOS Catalina. If your Mac is so old that it can’t even do that, it might be time to buy a new model.

And, for future reference, don’t worry about accepting an update and then having your computer unexpectedly restart — you’ll be notified beforehand if a restart is required.

William Antonelli (he/she/they) is a writer, editor, and organizer based in New York City. As a founding member of the Reference team, he helped grow Tech Reference (now part of Insider Reviews) from humble beginnings into a juggernaut that attracts over 20 million visits a month.
Outside of Insider, his writing has appeared in publications like Polygon, The Outline, Kotaku, and more. He’s also a go-to source for tech analysis on channels like Newsy, Cheddar, and NewsNation.
You can find him on Twitter @DubsRewatcher, or reach him by email at [email protected]

Mon Aug 29 , 2022
When Myanmar’s military ordered telecom companies to shut down access to Twitter in February 2021, one Twitter user in Mumbai who was posting critically about the Indian government realised he had lost access to the social media platform. He sent a message on Signal to a friend: “Am I imagining […] 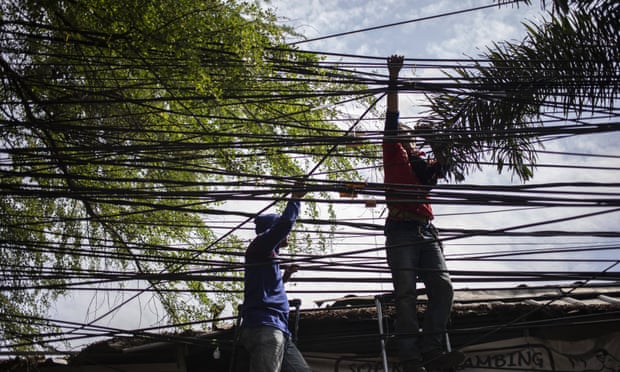