What we have here is the latest and the most premium tablet of Huawei. This is the Huawei MatePad Pro. Today, we’re going to show you what you can find inside the box, get to know the accessories compatible with it and our thoughts if this […]

What we have here is the latest and the most premium tablet of Huawei. This is the Huawei MatePad Pro. Today, we’re going to show you what you can find inside the box, get to know the accessories compatible with it and our thoughts if this one is the tablet you’re looking for.

Here’s everything inside the box:

Since we have a Marketing unit, this does not come with warranty and manual. Anyway, let’s take a look at the other accessories that Huawei sent us.

We also have here a self-adhesive keyboard cover for the MatePad Pro. It is powered by NFC so all you need to do is to just simply place the tablet on the keyboard cover and you’re good to go. The MatePad recognized it and prompted us to connect to it. It can be used in various positions to help you use and maximize the device.

We will get to the keyboard cover later right after we talk about this other accessory – the latest M-Pencil. It connects via Bluetooth, and upon removing it from its package, the MatePad Pro automatically recognized it for easy pairing.

Let’s now focus our attention on the tablet itself. We’ve used Huawei’s tablet in the past. Last year, we unboxed the Huawei MediaPad M5 Lite. I even bought an M-Pen that’s compatible with it, which worked pretty okay except for its high latency issues. The new MatePad, while it’s also a tablet, is different in many ways. It’s a flagship-level tablet, which has all the glittering and powerful parts similar to what we have on the Huawei Mate30 Pro.

The tablet is huge but slim and light. It has a 10.8-inch screen with 2560×1600 resolution. Huawei MatePad Pro has the highest amount of brightness on a tablet I’ve used. It features 16.7 million colors with DCI-P3 wide color gamut. My mind is blown away with the amount of quality and sharpness of its display. Colors are accurately displayed, and the level of saturation and contrast are on point.

The display has a small punch hole for its 8MP, f/2.0 camera. Coming from devices like Huawei P40 Pro and Samsung Galaxy S20 Ultra, I don’t mind using a tablet with a punch hole.

The tablet has crazy slim side bezels. Huawei stripped it down to 4.9mm, which maximizes its FullView Display without sacrifice in overall size. This makes you feel like you’re carrying a small device – slightly smaller than your average laptop.

While this isn’t a laptop and Huawei isn’t even claiming this is one, it is powerful in its own right. It has everything you need, by our definition of a tablet; and can even allow you to perform tasks that you can never imagine to be possible on a device like this, thanks to its powerful set of processor and other features.

Let’s talk about performance. This tablet is just as fast as our Huawei P40 Pro. With an Antutu score of 476,730, this is the fastest tablet I used so far. I’m getting myself the new 11-inch iPad Pro soon so it would be nice to see how this one fares compared to it.

I only play a handful of games on tablets. I usually go with RPG and action games, but in the case of Huawei MatePad Pro, I tried its capability by emulating some PSP games. Note that I only did this to test its capability, and I only played the games that I bought on my now-defunct PSP.

Armed with my trusty PS4 controller directly connected to the tablet, I managed to play my favorite PSP title – FF VII Crisis Core via PPSSPP emulation. The one I played is the WIP Remaster Project developed by 1vierock. The gameplay without any issues as you can see in the video, which should give you an idea of how this tablet handles game emulation.

I also played 2 of my favorite games available on Android right now – Black Desert and World of Dragon Nest. Since MatePad Pro does not have Google Play Store, I managed to download these applications via APK Pure and APK Mirror. So far, I managed to play these games without any issues despite not having Google Mobile Services.

Apart from playing games, I tried all I could to maximize this tablet as part of my workflow. Here’s what I managed to do so far; and note – I was able to do everything listed below with the tablet.

Performance-wise, this tablet is indeed in the premium and flagship category. Questioning about this not having Google is irrelevant anymore as I was able to do everything as I normally would on a tablet with Google Mobile Service.

Nevertheless, if you insist on still having Google Mobile Service run on top of the already functional Huawei Mobile Services, you can check our full guide on how I managed to install Google on this Huawei MatePad Pro.

The M-Pen is super precise! I am neither fond of doodling or drawing, but I can already tell you that some of my friends would love to have this feature on their tablet. I asked my friend, Cho Velas of Cho Velas Arts, about his thoughts about the tablet and here’s what he said,

The Matepad Pro is basically an Android iPad Pro.

The design of the tablet and the stylus are pretty identical to the iPad Pro except for that punch hole camera.

I like that they have multiple color options for the tablet which the iPad Pro doesn’t have.

As an artist, this tablet could be a game-changer for artists who want to try Digital Arts who are a bit tight on the budget.

The screen isn’t really comparable with the iPad Pro but it’s looking pretty good to me based on the specs, you can actually create something beautiful with this tablet.

The pressure sensitivity of the stylus is a big deal for drawing tablets and the fact that it is Equipped with 4096 Levels of Pressure Sensitivity it might be a really good tablet to start with for beginners.

Pen performance and latency is a big deal for a lot of artists. The lower the latency, the better synchronicity it would be between the artist and the slate. This is a major advantage of MatePad Pro versus other Android tablets in the market, and even makes it a very close competition to the new iPad Pro 11.

This tablet has PC mode and Multi-screen collaboration. These are major and noteworthy features of this tablet. This is where you can see the impressive ecosystem that Huawei Mobile Services can offer through its latest EMUI version. With PC Mode, I can transform everything to PC-like UI and experience. You can connect your keyboard cover and mouse if you want to, and use it just like how you use your PC. To even sweeten the experience, you can connect your Huawei device – the Huawei P40 Pro in our case – to the tablet wirelessly and control it when Multi-Screen Collaboration is enabled. Great job, Huawei!

You can also take photos with this tablet. This has 13-megapixel with f/1.8 aperture. It supports flash and phase focusing. It’s pretty basic and the photos we took are acceptable but not worthy of our praise. The same goes for the 8-megapixel front camera with f/2.0 aperture. It’s good for video calls and taking selfies and new content for your next TikTok video. Here are some sample photos.

Let me talk about the sound quality of this tablet! If there’s one word to describe it, it’s “PHENOMENAL”. Well, what more can you expect from a speaker made by Harman Kardon? What we have here is a quad-channel stereo speaker, and I’m astounded with its quality. It supports Histen 6.0 to drive 3D stereo sound effects and gives you the illusion that the sound you’re hearing is from a large pair of speakers. It’s clear, loud and vibrant! What more can you expect from a Harman Kardon?

Microphone performance is not something we usually review on devices. We throwing an exemption this time as you will, more often than not, use this tablet on your Zoom, Discord or Skype meetings. The tablet has a five-capsule microphone setup with four linear microphones located on the top frame and one near the rear camera. As can you hear from sample clips below in various conditions, you can tell that this tablet has a quality set of microphones. This is not just ideal for video chats, but even for content creation.

So, what’s my take on the Huawei MatePad Pro? It’s the best Android tablet around, and it’s now in the Philippines. It’s worth considering this device over other options available in the market. Yes, the Apple iPad Pro is just around the corner, and the latest one sells for almost PhP50,000. With its PhP32,990 price (with freebies worth more than a smartphone), this might be the tablet you’re looking for!

Giancarlo Viterbo is a Filipino Technology Journalist, blogger and Editor of GadgetPilipinas.net, He is also a Geek, Dad and a Husband. He knows a lot about washing the dishes, doing some errands and following instructions from his boss on his day job. Follow him on twitter: @gianviterbo and @gadgetpilipinas. 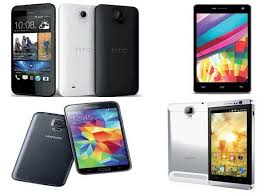