Tehran, Iran – Protests that erupted following the death of a young woman in police custody continued in Iran for a 15th consecutive day on Saturday amid internet restrictions that show no signs of easing. Kurdish woman Mahsa Amini, 22, died on September 16 after being in a coma that […]

Tehran, Iran – Protests that erupted following the death of a young woman in police custody continued in Iran for a 15th consecutive day on Saturday amid internet restrictions that show no signs of easing.

Kurdish woman Mahsa Amini, 22, died on September 16 after being in a coma that lasted three days. She had earlier suffered an apparent stroke after being detained by the country’s so-called morality police for wearing an “improper hijab” in the capital, Tehran.

Her family has challenged a claim by Iranian authorities that she was not beaten and suffered from pre-existing conditions, as an investigation into her death continues.

Protests that began in Amini’s hometown of Saqqez in the Kurdistan province have spread across the country and turned deadly, with dozens believed killed. Many have also been arrested, but no official tally has been released by the authorities.

Students protested at about noon on Saturday in major universities in Tehran and several other cities. But most protests have so far taken place from late afternoon till night, when internet restrictions have also intensified compared with other hours.

President Ebrahim Raisi said in a television interview on Wednesday that a distinction must be made between protests and “riots” which the authorities have accused foreign governments and secessionist elements of organising.

In addition to several journalists, a former player of the national football team and a musician have been arrested after they posted comments supporting the protests on social media.

The intelligence ministry said in an announcement on Friday that it has arrested 49 people linked with the Mujahedin-e Khalq (MEK), which Tehran considers to be a “terrorist” group, in addition to 77 members of several separatist groups, five “takfiri-terrorist” operators carrying explosives, and 92 supporters of re-establishing the monarchy in Iran.

It also said nine foreign nationals from Germany, Poland, Italy, France, the Netherlands and Sweden were arrested “at the scene of riots or behind the scenes of conspiracies”.

The city of Zahedan, the capital of the southeastern Sistan and Baluchestan province, on Friday saw a deadly armed fight.

The main incident took place at a police station located near a mosque, following Friday prayers at about noon, when people came out of the mosque.

According to Iranian authorities, police and security forces responded to a “terrorist” attack by the armed separatist group, Jaish al-Adl, after it reportedly launched assaults on three local police stations.

At least 19 people were killed and another 20 were injured in the gun battle that ensued, according to Hossein Modarres Khiabani, the governor of the province.

State-affiliated media confirmed that Ali Mousavi, the provincial intelligence chief of the Islamic Revolutionary Guard Corps (IRGC), and several members of the local police and Basij paramilitary forces were among those killed.

They also reported that two members of Jaish al-Adl, identified as Abdolmajid Rigi and Yaser Shah Bakhsh, were gunned down.

State television interviewed a man who was said to have been arrested following the shootings, who said a car pulled up near the police station and handed live weapons to people at the scene.

State media reports and videos circulating on social media showed that there was extensive damage to the neighbourhood in Zahedan where the shootings took place, with cars, shops and banks on fire. State media and the city’s representative in parliament said on Saturday that “calm has returned” to Zahedan.

Meanwhile, in what the IRGC has called an effort to combat “terrorist” secessionist groups based in Iraq, the force on Saturday continued its attacks on positions in the neighbouring country’s Kurdistan region that have so far led to at least 13 deaths.

Iranians outside the country have so far organised many demonstrations in several countries.

Last week, police in London and Paris clashed with and arrested some protesters who were trying to reach Tehran’s diplomatic missions.

Numerous protests were organised on Saturday in cities across the world. Organisers said demonstrations were set up in more than 150 cities in different continents.

Robert Malley, special United States representative for Iran, said on Saturday that 54 countries have signed a statement that calls on Iranian authorities to “refrain from a disproportionate use of force against peaceful protesters”.

Iran’s foreign ministry had earlier condemned a “double standard” by the US and its European allies in expressing solidarity for Iranians while continuing to ramp up unilateral sanctions that Washington has imposed since 2018, when the US left Iran’s 2015 nuclear deal with world powers.

“There is not going to be regime change in Iran,” Iran’s foreign minister Hossein Amirabdollahian said in an interview earlier this week, in remarks aimed at Western officials.

For its part, the United Nations has called for an independent investigation into Amini’s death, while Amnesty International – which has identified at least 52 killed in protests so far – claimed in a report earlier this week citing alleged leaked documents that Iranian authorities have ordered provincial commanders to “severely confront” protesters.

iOS 16 is out: How to install the latest iPhone software update

Sun Oct 2 , 2022
Jason Cipriani/ZDNET Apple on Monday released iOS 16, the latest major software update for the iPhone lineup. Alongside iOS 16, Apple also released WatchOS 9 for the Apple Watch and TVOS 16 for the Apple TV. iPadOS 16 and MacOS Ventura are expected to arrive in October.  Included in iOS 16 […] 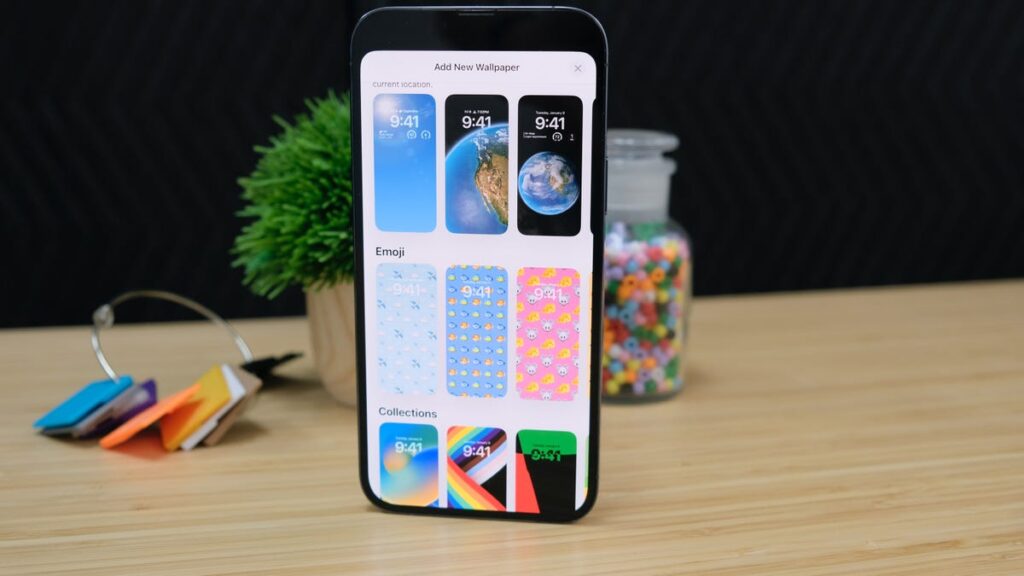