Iron, Coal, and Steam Early in the 1700s two English inventors set the stage for the Industrial Revolution. This was a period of great growth of industry. Abraham Darby discovered that a coke-burning furnace produced good iron. Coke is a form of coal. Thomas Newcomen invented a pump that kept […]

Early in the 1700s two English inventors set the stage for the Industrial Revolution. This was a period of great growth of industry. Abraham Darby discovered that a coke-burning furnace produced good iron. Coke is a form of coal. Thomas Newcomen invented a pump that kept coal mines from filling with water. A steam engine powered the pump.

With these developments, coal and iron production expanded rapidly. Iron remained the main metal for building and toolmaking until the late 1800s. At that time steel (a mixture of iron and carbon) began to replace regular iron.

Meanwhile, in the late 1700s steam began to replace wind and water as the major source of power. In a steam engine, burning coal heated water. The boiling water produced the steam that ran the engine.

Other inventions also sped up the production of goods—especially textiles, or cloth. By the early 1800s such machines as the power loom made cloth faster and easier to weave. Cloth making moved from homes and workshops into large mills and factories. The factories used steam engines to run many of their machines. Other industries followed this model. 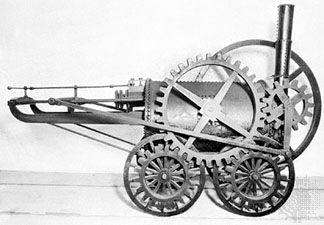 Between 1765 and 1782 James Watt of Scotland greatly improved the steam engine. John Fitch of the United States ran a steamboat as early as 1787. In 1803 Richard Trevithick created the steam locomotive. 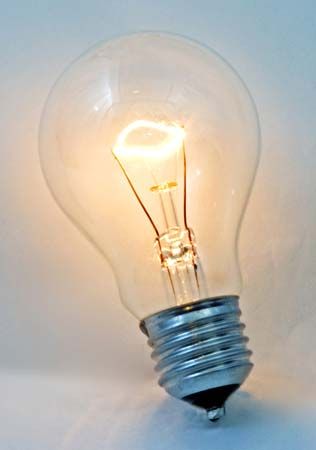 In the first half of the 1800s scientists learned to generate, or produce, electricity. In 1835 Samuel F.B. Morse of the United States used electricity in his telegraph. This invention allowed people to communicate across long distances. In 1876 the U.S. inventor Alexander Graham Bell invented the telephone, which also used electricity. Thomas Edison demonstrated the electric lightbulb in 1879. Electric power also came to be used for electric railways in cities.

In the second half of the 1800s petroleum, or oil, became a major power source. Edwin Laurentine Drake drilled the first successful oil well in the United States in 1859. Petroleum can be made into gasoline, fuel oil, and many other products.

In 1856 William Henry Perkin of England made a breakthrough in the field of chemistry. Starting with coal tar, which is made from coal, he invented the first synthetic, or artificial, dye. Coal tar and petroleum proved to be useful in the making of drugs and plastics as well.

Mon Apr 6 , 2020
A bored astrophysicist trying to keep busy throughout these days of social distancing thought he had a great idea. Dr. Daniel Reardon thought he might invent a necklace that would set off an alarm whenever someone touched their face. Instead, he was hospitalized for getting four magnets stuck in his […]