(TNS) — One book a day and cuddle. It’s some advice Denae Horton got from her son’s teachers after the coronavirus pandemic closed the doors to their school, Thurgood Marshall Elementary in Chesapeake, Va. Horton had been feeling down. She was worried she wasn’t being the mother her two boys […]

It’s some advice Denae Horton got from her son’s teachers after the coronavirus pandemic closed the doors to their school, Thurgood Marshall Elementary in Chesapeake, Va.

Horton had been feeling down. She was worried she wasn’t being the mother her two boys needed. She was preoccupied not only by what impacts the pandemic was having on her own job prospects, but about the boys’ education.

On top of all that were money concerns. She was ready to sell some things in the house so she could get them a computer to keep up with virtual learning. The internet bill was more expensive now because they needed faster speeds to allow for all their devices to connect and run smoothly. Her grandfather is helping split the bill after she shut the internet off for a brief period this summer.

Horton had to worry about child care, too. The office administrative assistant position she was counting on after graduating in March from an intensive six-month job training program seemingly vanished because of the pandemic. She works as a nursing assistant and plans to be home with her boys to start the school year but also needs to keep up hours.

Instead of getting angry about how the school year ended, she listened to the teacher’s advice.

One book a day and cuddle.

Since March, Chesapeake and other Hampton Roads school districts have been focused on helping families like Horton’s by addressing what has become a crucial part of learning in a pandemic: technology and access.

With just three weeks to go before virtual class is in session, schools say they are getting ready. Surveys have helped identify how many families are in need of devices and access to the internet. Horton said she filled out a survey indicating she was in need of computers so her oldest boy, Delon, who will be in the fifth grade, can get his work done. Her youngest, Lee’Ontae, will need one, too, as he heads into the third grade.

“Some way,” Horton said, “we will get through this.”

Technology will play a key role in connecting students and giving them a chance to succeed in the classroom and beyond, but districts need to be agile in addressing disparities in access to technology and the internet, said Nicol Turner Lee, a senior fellow at the Brookings Institute who studies the digital divides in education.

Lee pointed to a Common Sense Media report that found 9 million of the 50 million K-12 public school students who have had to learn remotely from home because of COVID closures lacked both adequate internet and devices. These sorts of gaps are more pronounced for Black, Hispanic and lower-income households, according to the Pew Research Center.

“It’s important for us to sort of think through how do we resolve those types of issues for families that have to choose between broadband and bread,” Lee said.

Across Virginia, the majority of public school divisions indicated that 20% or more of their students don’t have access to internet at home, according to the state Department of Education. That’s largely an issue with more rural districts, but includes some families in Hampton Roads who have low incomes or live in less populated parts of cities including Virginia Beach and Chesapeake.

There has been help for school districts in Hampton Roads. Federal funding through the Coronavirus Aid, Relief, and Economic Security Act has given some cash-strapped districts a chance to afford these big technology orders. The federal funds have helped fast track plans to outfit most students with laptops.

“That’s the silver lining for COVID,” said Michael Cataldo, chief information and instructional technology officer for Norfolk Public Schools. “Additional funding to really truly be able to support instruction in a more unique and innovative way that many have wanted to do for a while but the funds and the direction wasn’t really needed as much. Now, COVID really put everything on fast forward.”

To that end, Norfolk Public Schools has been contacting parents to find out how many laptops families need and expects to get totals in the next week. Cataldo says they have enough devices on hand to address those needs. In addition, the district expects in the next two weeks to receive an order of over 10,000 Chromebooks that would help Norfolk become “one-to-one,” meaning each of their students would have a device.

That order was placed around April or May, Cataldo said, but issues in the supply chain, caused in part due to the pandemic, delayed it to at least the third week of August.

In Chesapeake, Jeff Faust, the school division’s executive director of technology, said they’ve run into similar delivery delays. The district is waiting on an order of 17,000 Chromebooks. The $3.6 million order was placed in May and Chesapeake was initially told the order wouldn’t come until as late as November. Faust said he pushed vendors and called them every day and they now expect to receive the laptops as soon as mid-August and as late as the second or third week of September.

Faust said the order would not have been possible without $6.3 million in CARES Act money. Chesapeake’s City Council also recently allocated $1.8 million of the city’s CARES Act funds to the school district for technology needs. The community has helped, too: Mount Lebanon Baptist Church donated $30,000 to go toward purchasing tablets for 360 children across seven elementary and primary schools.

The Chromebooks will help the district get to one-to-one. Students across nine of Chesapeake’s 45 buildings have Chromebooks already, Faust said.

Moving toward the future

The federal government sent $238.6 million to public schools in Virginia as part of the CARES Act. Hampton Roads received roughly 22% of that chunk, and technology expenditures appear to be at the top of the list for some schools.

Virginia Beach has plans to set aside $2.6 million for upgrades to teacher laptops and spend more to improve WiFi in outdoor areas. The laptops haven’t been ordered yet because of availability, a school spokeswoman said, but they’re working with a vendor to determine which models to order and hope to have them available before November.

Hampton City Schools plans $3.8 million in spending on technology, including expanding access to Chromebooks for students in grades kindergarten through fourth.

In Newport News, all students will get a Chromebook for the upcoming school year, a school spokeswoman wrote in an email to The Virginian-Pilot. The majority of those purchases were made between March and July using $1 million in CARES Act funds. High schoolers got their Chromebooks earlier this month and middle schoolers were getting theirs this week. New Chromebooks for elementary students might not arrive until December, a spokeswoman said, but the district planned to distribute devices to those who need them in the interim.

The pandemic has also meant empty buildings, allowing at least one district to get work done quicker.

Since Chesapeake schools closed in March, Faust said, they’ve overhauled network infrastructure inside all the buildings, which will help improve WiFi for those teachers required to lead their virtual classes from the school building. Some teachers have told The Pilot that certain schools like Oscar Smith High have poor internet connections, leading to delays in lessons.

The district has also ordered 2,000 WiFi hotspots that will be distributed for free to families who don’t have internet at home. Faust said they can get more if needed. The district will also be placing five “wireless on wheels” trailers around the city. The trailers provide a free internet connection and will be parked in public locations so anyone can connect a device to it.

The technology being adopted now will change schools for good, Cataldo said. For one, districts can use less paper if more students and staff have reliable devices. Instruction can be more on a student’s schedule and parents can be a part of their learning. Making up missed classes after snow days could be a thing of the past because everyone has a computer.

“That’s the future,” Cataldo said. “That’s where we need to move to.”

Looking for the latest gov tech news as it happens? Subscribe to GT newsletters.

Fri Sep 4 , 2020
There are an estimated 50,000 students in the Houston area who are lacking the basic tools they need to do their schoolwork from home. HOUSTON — Due to the ongoing COVID-19 crisis, learning from home has become the new norm for tens of thousands of Houston students. The technology gap […] 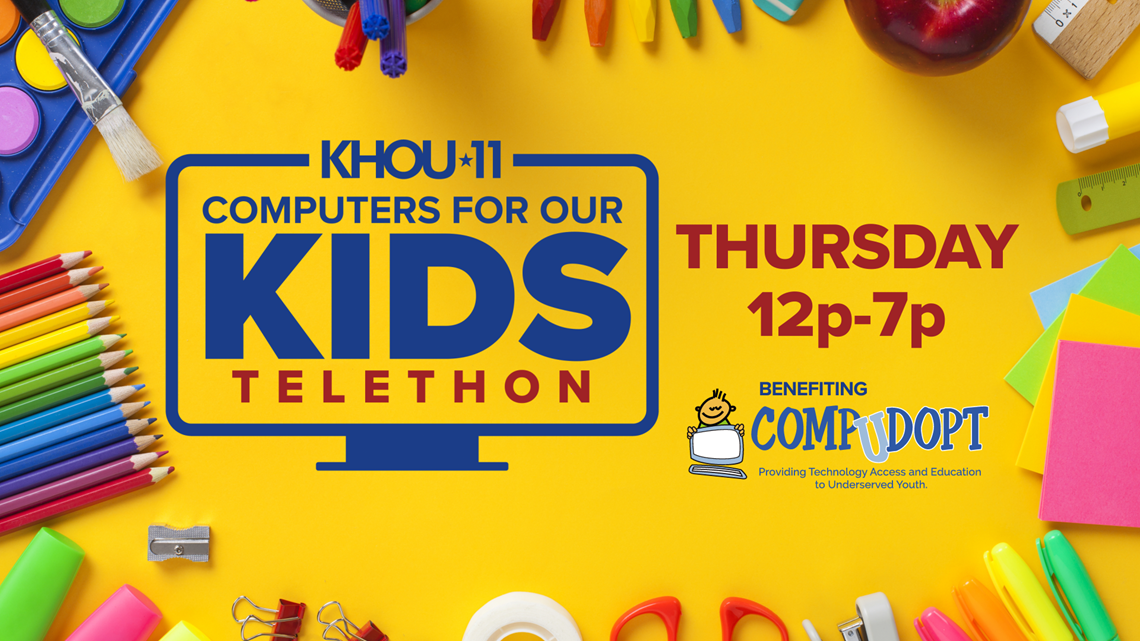