Need to stay updated on coronavirus news in Texas? Our evening roundup will help you stay on top of the day’s latest updates. Sign up here. The sight became familiar across Texas after the coronavirus pandemic abruptly closed schools last spring — empty school buses rigged with Wi-Fi routers sat […]

Need to stay updated on coronavirus news in Texas? Our evening roundup will help you stay on top of the day’s latest updates. Sign up here.

The sight became familiar across Texas after the coronavirus pandemic abruptly closed schools last spring — empty school buses rigged with Wi-Fi routers sat in parking lots and neighborhoods, allowing students to tap into free internet to do their schoolwork.

But with more students returning to in-person classes, some school districts now need to get those buses back on the road while still figuring out how to provide internet access to families needing it.

The Austin Independent School District has been deploying 261 Wi-Fi-equipped buses across 40 neighborhoods with little or no home internet access, said Eduardo Villa, a district spokesperson. Drivers not needed to haul loads of students to school and away sports events stationed their buses as internet access points on weekdays from 7:30 a.m. to 4:30 p.m, said Kris Hafezizadeh, the district’s executive director of transportation.

Austin’s schools reopened for in-person classes Monday. While bus drivers will still have Wi-Fi duty, the hours will be squeezed between morning and afternoon routes — roughly 4-hour shifts in the middle of the school day.

Families relying on the buses for internet will now have to request free hotspot devices from the district, which has about 8,000 of them left to give out, Villa said.

Wi-Fi bus programs were an affordable, quick-turn solution to long-standing problems getting students in rural and underserved neighborhoods access to the internet.

Students learned which spots in their homes were within Wi-Fi reach. Parents called bus drivers and asked them to please move the bus a few feet closer, or shift a bit to the left so their child’s’ school-provided laptop could catch the signal. Some parents packed sandwich lunches and spent hours in the car with their kids parked next to what was a hulking yellow internet router.

But it was meant to be temporary, internet access experts said.

“I look at it as very much exactly like a band-aid type of solution. You stop the initial bleeding until you can figure out what the long term plan is,” said Brian Shih, principal network consultant at the EducationSuperHighway, an organization focused on bringing internet access to public school classrooms.

Southside ISD, in the more sparsely populated southern reaches of San Antonio, initially reopened its schools at one-quarter capacity. For now, the district can still spare buses and staff for the Wi-Fi program, but that won’t be the case soon, said Jesse Berlanga, the district’s transportation director.

Of the district’s 41 buses, 15 have been serving as hot spots. As schools allow more students to return to class in person, the district will have to cut hours and may cut the program to the five most popular bus hotspots, Berlanga said.

At its peak, the program served about 180 households a day, but the number hovered in the 70s over the last week, he said.

Students in households with limited or nonexistent internet access were among the first group, along with students with disabilities and English language learners, given the option to return to schools in person.

The district ordered mobile hot spots for households that chose to stick with online learning, but 130 internet-less households are still on the waiting list for a device. For now, the district will hand-deliver printed learning packets to students’ homes.

But even with the mobile hot spots in hand, some students will be left out. The hot spots work well in urban and suburban districts with plenty of cellphone towers. But they’re virtually useless in rural areas with no towers to capture a signal.

“I think that’s probably the most important thing to understand, especially with school connectivity, is that every community is going to be different and require different solutions,” said Jennifer Harris, state program director for Connected Nation Texas.

Lamont says more students logging on for virtual learning. But there’s no data to support it. 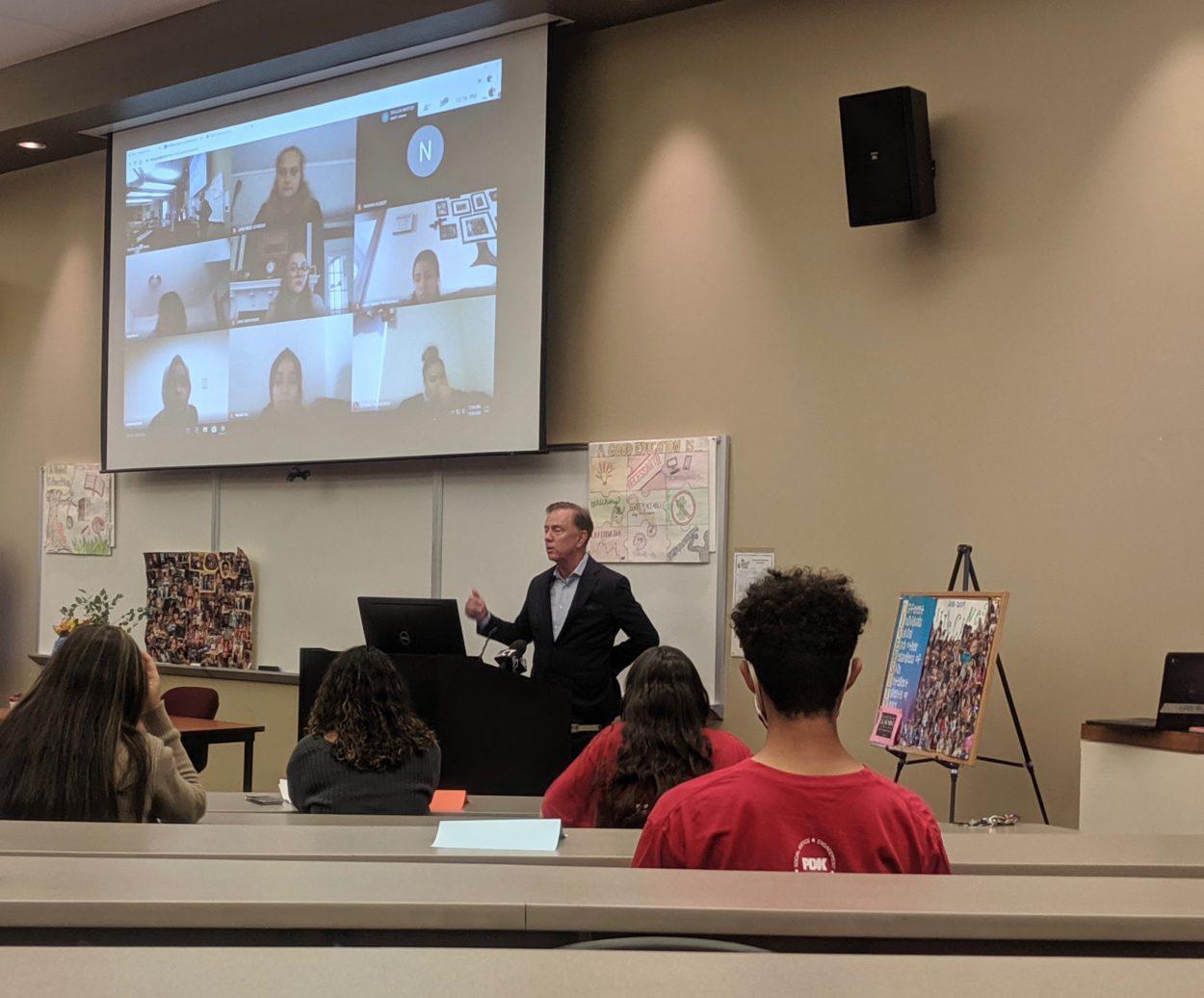