Target has ended its relationship with Toys R Us as the exclusive fulfillment partner for the toy retailer’s website and partnered with Amazon instead. The Toys R Us website was relaunched in October 2019 under its new parent company, Tru Kids Brands.  Amazon will now support orders placed through the […]

Nearly three years after Toys R Us blamed Amazon for its dramatic downfall, the recently resuscitated toy brand is now leaning on the e-commerce giant to support its online orders.

Amazon will now serve as the primary fulfillment partner for orders placed through the Toys R Us website. The website was first relaunched in October 2019 as part of a joint venture with Target. According to a Target spokesperson, the “exclusive agreement” between the retailer and Tru Kids Brands — the parent company of Toys R Us — has officially ended and the company declined to share any additional information on the matter.

When Toys R Us debuted its relaunched website last fall, it served as a hub to browse products, read reviews, make wish lists, but not directly make purchases. Instead, consumers were directed to purchase toys by clicking on a button that sent them to Target.com — buttons that have since been replaced with links to Amazon.

An Amazon spokesperson confirmed that Toys R Us is now a “standard associate.” (Toys R Us and Tru Kids Brands did not respond to Business Insider’s request for comment.)

Toys R Us has blamed both Amazon and Target for its demise. During bankruptcy proceedings in September 2017, Toys R Us wrote in its filing that companies like Amazon, Walmart, and Target began selling toys for such steep discounts during the 2016 holidays season that it “could not compete,” creating a “perfect storm” that ultimately served as the nail in the coffin for the company.

Subsequent polls conducted in 2018 showed that Amazon was likely to have had the biggest impact in stealing sales from Toys R Us. According to a Stifel Financial consumer study at the time, Amazon was the preferred retailer for toys during the holiday season, with respondents listing toys, electronics, jewelry, and sporting goods as their top categories from the online retailer.

Despite the contention, it seems e-commerce companies may be the only way for the revitalized company to continue, as it has yet to build out its own fulfillment service. Even at its brick-and-mortar popups help during the 2019 holiday season, Toys R Us did not make any money directly from purchases, with sales going directly to manufacturers who cut the brand a fee to sell products in their stores.

“We don’t make any money off of the sale of the goods,” Phillip Raub — cofounder of b8ta, the experiential retailer that helped Toys R Us launch the popup stores —  told Business Insider in 2019. 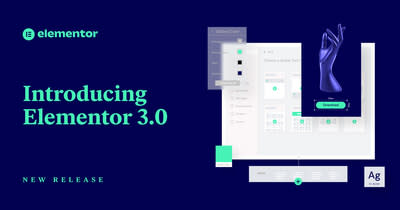