WASHINGTON (Thomson Reuters Foundation) – With coronavirus sweeping through their rural district, the children of Francis Marion School in Perry County, Alabama, started school online this week. But for many, logging on for class was out of the question. Only about half of the school’s 600-odd students have reliable internet […]

WASHINGTON (Thomson Reuters Foundation) – With coronavirus sweeping through their rural district, the children of Francis Marion School in Perry County, Alabama, started school online this week. But for many, logging on for class was out of the question.

Only about half of the school’s 600-odd students have reliable internet at home and one in five has no connection at all, said principal Cathy Trimble.

“Our district cannot afford to get devices for our students. And then the biggest thing is connectivity. No broadband,” she told the Thomson Reuters Foundation.

Perry County is one of the poorest in the state, and Francis Marion School ranks near the bottom of Alabama schools on test scores. Ninety-nine percent of its students are Black.

As the pandemic forces schools across the country to switch to virtual learning, a technology gap that has existed for decades has suddenly become visible and of urgent concern.

Some 16 million children, or 30% of all U.S. public school students, lack either an internet connection or a device at home adequate for distance learning, according to a recent study by Boston Consulting Group.

One in three Black, Latino and Native American students lacks a broadband connection, compared to one in five white students, according to an analysis by four educational advocacy groups in July.

While donors, states and phone companies have stepped up with plans to connect more students for free or at discounted rates during the pandemic, the programs are temporary and do not reach everyone, educators and analysts said.

“There’s no big federal imperative or mandate to ensure that every school kid has access to technology,” said Nicol Turner Lee, a senior fellow in governance studies at the Brookings Institution, a Washington-based think-tank.

“I think what schools are doing in the interim… is a critical move. But it in no way addresses the Herculean effort that is going to be needed to cover all of America,” she said.

Before the pandemic, most schools did not know how many of their students lacked home internet. Since then they have scrambled to connect as many as possible, but devices are backordered, funding is limited and time is running out.

On the Friday before classes were due to start, Trimble had fewer than 100 hotspots for an estimated 300 children who might need one, she said. Some parents had already returned them because they were not picking up a signal where they lived.

At least 18 million Americans, or 6% of the population, live in areas where fixed broadband service is not available, according to the Federal Communications Commission.

Many more have access to the internet, but cannot afford to pay for it.

In Marion County, South Carolina, both poverty and a lack of coverage keep more than half the population offline, said Miko Pickett, a former IT professional who runs a local foundation called Neighbors Helping Neighbors.

“We are a broadband desert,” she said.

The majority of Marion County’s residents are Black, and a quarter of the population lives below the poverty line, according to U.S. Census data.

When students were first sent home in March, residents and local charities rushed to find solutions.

“I was on LinkedIn and everything, begging people for laptops. It was horrible,” said Pickett, who shared her own Wi-Fi hotspot with neighbors so their children could do homework.

South Carolina has earmarked $50 million from its federal coronavirus relief funds to expand internet access, and Marion County schools are expecting laptops and hotspots to arrive next month.

But students will be playing catch-up to those who transitioned seamlessly to digital learning earlier this year, said Pickett.

“We’re worried that for children who were already far behind, they will be farther behind,” said Phyllis Martin, CEO of the Tri-County Cradle to Career Collaborative (TCCC), which works to boost educational equity in South Carolina.

In the three counties where TCCC works, the racial gaps in educational attainment are already vast.

In 2018, just 20% of Black students attained the expected level of reading by 8th grade, compared to 60% of white students. Lack of technology could widen that gap, Martin said.

‘NOT A LEVEL PLAYING FIELD’

Farther south, in Beaufort County, retired bookstore owner Esther Shaver-Harnett, 79, bought 100 hotspots for school children in her community because no one else was doing it.

“I’ve started raising hell, not money yet,” she said of her quest to get poor students in coastal South Carolina online.

Beaufort County includes islands such as Hilton Head that are vacation spots for the wealthy, but also has poor, largely Black areas that community members say have been overlooked.

Educators and advocates say that if anything good comes from the pandemic, it will be shining a light on wide disparities in internet access and getting the issue on legislators’ agendas.

“The biggest thing that’s happened for our country is to realize that there is a gap,” said Mark Chauhan, technology services officer for the Beaufort County School District.

Both Democrats and Republicans in Congress have petitioned for the right to use coronavirus relief funding to expand permanent broadband infrastructure in rural areas, rather than spending it on short-term solutions such as mobile hotspots.

The CARES Act – the $2 trillion economic stimulus package signed into law by President Donald Trump in March – stipulates that the money be spent on broadband projects that will be finished by December, effectively limiting it to quick fixes.

For Trimble, the principal in Perry County, Alabama, time is of the essence.

“Who is standing up for us?” said Trimble, who spent all summer trying to get broken iPads that had been donated five years ago in working condition for her students.

“We’re not on a level playing field. We want to at least be in the game.”

Reporting by Nellie Peyton; Editing by Helen Popper; Please credit the Thomson Reuters Foundation, the charitable arm of Thomson Reuters, that covers the lives of people around the world who struggle to live freely or fairly. Visit http://news.trust.org

Tue Sep 1 , 2020
Already reeling from the coronavirus pandemic, schools in rural areas like Bonny Doon must now contend with wildfires and related problems like blackouts, poor air quality and damaged internet infrastructure. Kristie Summerrill immediately began texting her kindergartners’ parents to check if they were safe as the CZU Lightning Complex fires […] 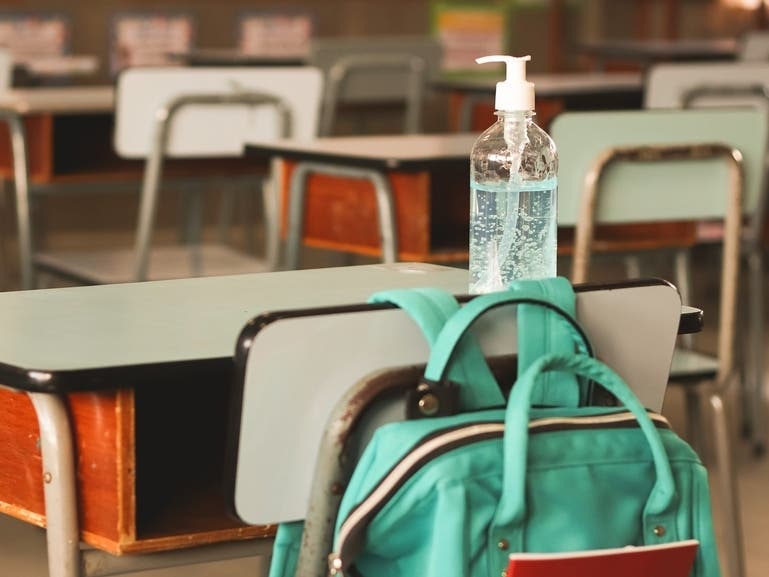